A cam girl a bit unexperimented but interesting anime face.

An interesting face reminiscent of an anime character but a little lack of experience or enthusiasm for this cam girl a little thick.
[INITIAL RATING] on 2022-08-16

I admit at first the elf ears left me a little skeptical, but I liked her red colored  hair, I had the impression that I was going to fuck a cartoon character and not a character from the Lord of the Rings lol. (But she told me at the end that she was adapting the style of the ears to her personality, I don't know what that means). I quickly forgot about it when she offered me a big facial and I admit I liked to dirty her face a bit ( she has a gel that imitates the cum) even if a didlo ejaculator would have been the must. 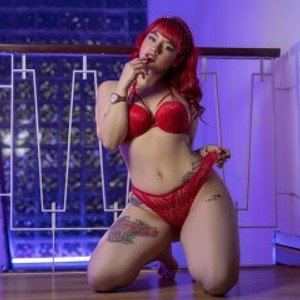 What she does and looks: